In preparation for the event, many things took place. The agile coach (serving as the RTE) scheduled the initial big room events, the preliminary plan reviews (team readouts) and final team readouts, risk review, and fist of five into three separate WebEx meetings. Each scrum master scheduled WebEx sessions for the two breakout sessions for their team. The WebEx information for each breakout session was socialized to ART stakeholders during the PI Planning kickoff. The retrospective on the event was done via a Web Monkey survey sent to PI Planning participants. Finally, before the event, the coach (RTE) did a walk-through with the scrum masters and product owners to prepare them for what to expect so they would be better able to serve their teams.

Here are a few lessons to take away from this event:

Team Breakout Sessions
Teams should do their planning in the AzDO tool. Some teams started by using Excel and other external tools for planning. Once they became more familiar with AzDO, they realized it was much easier and smoother than other tools. Here is the general flow of planning within AzDO: 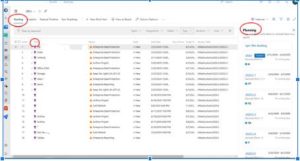 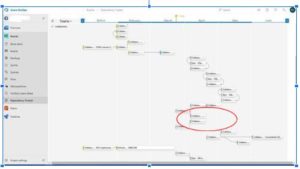 Image 2: Dependency Tracker in the Timeline view shows the relationships between user stories across teams on the ART. Notice the red lines in the circled area. It shows the predecessor stories are scheduled after the successor stories.

Plan Reviews / Team Readouts
Plan reviews and team readouts, according to some of the retrospective feedback, seemed to go better virtually since it was more structured than in-person readouts. Team readout presenters displayed three different views in AzDO. The first view of the Timeline (see Image 3) showed the features in play. The second view showed a list of issues that were used to capture risks, blockers, and other concerns identified during planning. Lastly, each team showed their Dependency Tracker illustrating the cross-team dependencies within the ART. 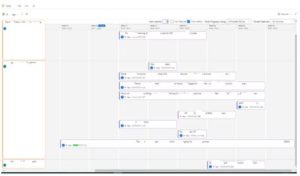 Cross-Team Collaboration
The one area where a virtual event could have adversely affected PI Planning is with cross-team collaboration. Physical separation naturally decreases personal interactions. To compensate, the ART created a few new TAGs in AzDO and a dashboard view for teams to tag any feature, story or issue that may have a cross-team dependency. Teams checked the dashboard during breakout sessions and reached out to one another to align and link their stories. Also, the RTE and product management monitored the dashboard and informed the applicable teams to view the potential dependency dashboard.

Fist of Five
As a coach, I struggled with how to do fist of five virtually. I experimented with in-house tools and searched for online tools; finally, I decided to go with the native WebEx group chat function. The main change was from the facilitation perspective. The RTE used more time preparing the vote. After explaining the fist of five, the RTE directed everyone to cast their vote in the WebEx chat window–but not to hit the send button just yet. Next, the RTE directed everyone to hit send on the count of three. It worked great–everyone voted at the same time! No one influenced another person’s vote. Then, the ART took over to discuss the vote and address individual concerns. If needed, the ART would have re-voted the same way. The key point here is that no new special-purpose tools were needed. Only a minor tweak to the process and instructions were needed to do the trick!

Retrospective
The retrospective was done a day after PI Planning ended via a Web Monkey survey. As a coach and RTE, I have done PI Planning and PI Execution Retrospectives through online surveys many times. I prefer them because you can ask specific questions as well as the general, “What went well?” “What didn’t go so well?” “What could have been better?” Plus, with systematic surveys, it is much easier to correlate the results and turn recommendations into meaningful reports and action items. Working with 100+ post-it notes in different handwritings and different terminologies is time-consuming and challenging, to say the least.

In summary, a successful PI Planning event can be pulled off using the existing SAFe® PI Planning process and your existing collaboration and ALM tools like AzDO. You just need to make a few adjustments to account for the physical separation. 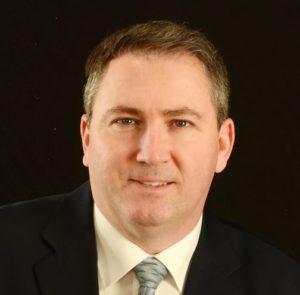 Patrick Delany is a leader in lean-agile enterprise transformational and a Scaled Agile Coach/Trainer with over 20 years of information technology leadership and consulting experience. Patrick has transformed technology organizations, programs, and teams across multiple industries and technology disciplines including management services (operations, program, portfolio), applications development, and infrastructure. 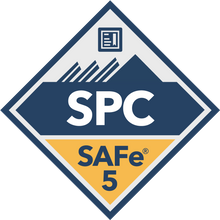